Sunday March 20th, would have been my Aunt Susan's 61st birthday. I wasn't sure what the day would bring, in a week that took her from her apartment to ICU to the crematorium (her wishes) and ended with her birthday, the first day of spring. I spent the day working--me at the kitchen table on a talk I am giving on March 26th and V (the man in my life) in his cedar cubby of an office a few feet away working on his many projects. 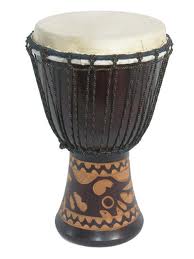 At 5pm we left the house, (me with painted nails in honor of my aunt who taught me how to use nail polish and who often gave me a manicure) and drove to East Austin to celebrate V's African drumming teacher's 33rd birthday. We gathered at a picnic table with Abu's many students. Wine and water was shared. African dishes and pita and hummus. After about an hour of talking and laughing, the music began. Abu played the ballaphone--a wooden xylophone instrument and his students gathered with their djembe, drums. One of the guests had brought her roommates toddler and he stole the show dancing--arms thrusting as the music wove a spell over us all. It wasn't the way my aunt would have celebrated her birthday but I found myself looking skyward after taking in the love, graciousness, and beauty of the faces around me that it was the perfect way for me to say goodbye and to celebrate life and the signs of spring all around.

The week also brought many fruitful connections for the behind-the scenes work I am doing for ReachOut.com and the Reaching Out Through YA Fiction Campaign for May. ReadergirlZ.com is on board, and author chats are being scheduled and lots of good stuff is ongoing.

The new issue of Hunger Mountain went live and the Passion for the Picture Book article is being mulled over by many a reader. I also did an interview over at WordCrushes where I talk about what is up and coming for the Hunger Mountain Children's and YA Page. Lots of new stuff happening--including rolling content with the next issue!


There is also much to be celebrated in cyberland, as well.

Texas Sweetheart (or Scoundrel) depending on her mood or her wit, Jo Whittemore released a new title!
Look for an interview with Jo here, on the Inside the Writer's Studio series, next Wed.

Austin Author, Chris Barton, got a PW starred review for his latest--a YA non-fiction title.

In 10 impeccably crafted profiles, Barton (The Day-Glo Brothers) shares the stories of individuals--many just teenagers--who adopted false identities for amusement, profit, or survival. From Sarah Rosetta Wakeman, who disguised herself as a man to fight in the Civil War, to 16-year-old Keron Thomas, who in 1993 impersonated a transit worker to fulfill his dream of piloting a New York City subway train, Barton reveals the motivations behind and the consequences of each deception. The use of second-person narration is very effective, allowing readers to assume the identities of each individual. Barton's prose captures the daring, ingenuity, and quick thinking required of each imposter ("You can bluster and grumble with the best of them.... You use up your share of tobacco too," he writes of Wakeman). In the most powerful stories, assuming a false identity was a life or death decision, as with Soloman Perel, a Jewish teenager who joined the Hitler Youth to escape being killed, and Ellen Craft, a slave who disguised herself as a white Southern gentleman to escape to the North. Hoppe contributes dynamic comic book–style panel art, not all seen by PW. Ages 12–up. (Apr.)
Permalink: http://www.publishersweekly.com/978-0-8037-3310-7 (978-0-8037-3310-7)

One of the bravest Dear Teen Me letters yet has been posted. Be sure not to miss Jessica Burkhart's letter to her teen self.  Here is the opening:

Hey nineteen-year old me,
You feel like you’re drowning in secrets, huh?

Jessica at 19
I know. Every morning, life crushes your chest until you can’t breathe? Look, that might last a little while. But, and I know you won’t believe me now, it won’t be forever.

To read the letter in it's entirety, go here. You won't be sorry you did. 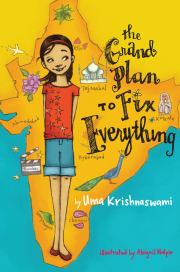 And VCFA faculty member and fabulous writer, Uma Krishnaswami (who is coming to Austin for the YA A to Z Conference) just rec'd a starred Kirkus review on her new novel, The Grand Plan to Fix Everything.

Editor Review (reviewed on April 1, 2011)
Hooray for Bollywood.
Eleven-year-old Dini is not pleased at all at the prospect of leaving Takoma Park, Md., and her best friend Maddie to live in a small town in southern India for two years. But though she knows it's ridiculous, bakvaas, as Indians say, she wonders if she might get to meet her idol, Dolly Singh, Bollywood film star. Dini and Maddie are devoted Dolly fans. And, in a series of events as wonderfully convoluted and satisfyingly resolved as any movie plot could be, she does. The fast-paced tale introduces and manages to connect an Indian-American family, a postal worker from Mumbai, a movie producer and his erratic star, a car mechanic, a tea plantation owner, a local baker and assorted monkeys—all coming together for a grand finale party and dance. Set in imagined Swapnagiri (which means Dream Mountain), this high-energy concoction is thoroughly believable and entertaining. The story is told in a third-person present-tense voice that rings true to its protagonist, who sees her life as a movie script. Though Dini and Maddie are halfway around the world from each other, they communicate through cell phones and computer chat, keeping up their friendship while making new ones.
Full of references to Bollywood movie traditions and local customs, this is a delightful romp with a fresh setting and a distinctive and appealing main character. (Fiction. 9-13)

And SLJ this week featured a special project that took place in Round Rock and featured picture book author, Phil Binder, in an article titled, Librarians Help Students, Author Create Book Trailers.
Posted by Bethany Hegedus at 7:23 AM