Friday Round Up: Awards, Snubs, and Passion for the Picture Book

Ah, this Monday started out cold and grey and I had the best of intentions to meet with fellow Austin authors at Mozart's, a local coffee haunt, to watch the webcast of the ALA awards. Alas, I was in my sick bed--where I write to you now--battling a cold that I just can't kick and it is still grey and gloomy outside. Yes, it is January but to be this chilly in Austin (20s) is something rare indeed. And, that's what award season offers us. The rare and rewarded. Does it matter that the Today show booted the big winners for Snooki? (Heck, yes. Read a post citing the letter SCBWI Executive Director Lin Oliver sent to the good folks over at Today.) Does it matter not many of us predicted the big winners--unlike last year? (I personally like when this happens! It's like Christmas morning when the committee honors a book I haven't yet heard of for the big win. "Oh, I have a treat in store.")

And, rare treats the two debut winners of the Newbery and Caldecott are. Look to Elizabeth Bluemle at the PW Shelftalker as she quotes some little-known-facts (Maebelle is making note!) about the Newbery via Peter Sieruta’s post, Sleeping with the Newbery, on his blog, Collecting Children’s Books.

I was thrilled to see Hunger Mountain contributor G. Neri get a Printz Honor for his book,  Yummy: The Last Days of a Southside Shortie illustrated by Randy Duburke and that Rita Williams Garcia recieved the Newbery Honor and the Coretta Scott King Award for her triumphant One Crazy Summer.    (For G. Neri's Hunger Mountain offerings check out this essay on how to hook urban readers and this short story  that inspired the novel Surf Mules, and this nonfiction piece on Chief Wahoo McDaniel.) 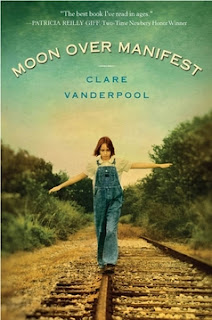 And I pumped my fists when I heard that WestSide listmates Cheryl Rainfeld with Scars was the #1 YALSA Quick Pick for Reluctant Readers and that Hope In Patience by Beth Fehlbaum made the list too. (If you missed my recent interview with Beth Fehlbaum on the Inside the Writers Studio series, go here and here.)

I have not met Newbery winner Clare Vanderpool but we do share something in common. The same hard working, talented, eagle-eyed editor Michelle Poploff. I loved dashing off a quick note to Michelle to let her know the Delacorte Dames and Dudes here in Austin were thrilled.

Not To Be Missed Awesome Austin Events:

Thursday January 20th, I will be moderating the WLT Third Thursday series at 7pm at BookPeople, with these authors in attendance. We will be discussing Inspiration (and Perspiration)

Stephen Harrigan
Panelists:
Jennifer Ziegler is an Austin-based writer of YA fiction. Her novel How Not to Be Popular (Delacorte/Random House, 2008) was selected for the Lone Star Booklist and the International Reading Association’s Young Adults’ Choices list. Her next novel, Sass and Serendipity (Delacorte/Random House, 2011), gives Jane Austen a small-town Texas spin.

Brian Yansky is the author of the novels Alien Invasion & Other Inconveniences, Wonders of the World, and the award winning My Road Trip to the Pretty Girl Capital of the World. He teaches writing at Austin Community College and has an MFA in Writing from Vermont College.
Stephen Harrigan is the author of eight books of fiction and non-fiction, including the novels Challenger Park and The Gates of the Alamo. He is also a longtime writer for Texas Monthly and other magazines and an award-winning screenwriter who has written many movies for television. In May, Alfred A. Knopf will publish his latest novel, Remember Ben Clayton.

Also, that evening we will be honoring the WLT Book Awards. Drum roll and the winners are:

If you'd like to enter the WLT Book Awards or enter the manuscript contests, check out the information here:
http://www.writersleague.org/contests/manuscript.html

Bonus points (and possible prize) to anyone who dresses up as a vampire, shape shifter, vampire slayer, angel or fairy!


And check out the incredible Blessed book trailer!

I put out the call and those passionate about the picture book are responding. If you'd like to submit a 250 word quote (or less) to be considered for a special feature in the upcoming issue of Hunger Mountain, see here for details. This am my inbox found an email from Jane Yolen, whose work for all ages I adore but I am oh so fond of Owl Moon.
Posted by Bethany Hegedus at 8:23 AM