Inside the Writer's Studio with Carrie Jones, Author of Entice

Today at Inside the Writer’s Studio we welcome the quirky and affable (and best selling!) Carrie Jones celebrating her latest release, Entice. Carrie is a VCFA grad and her first semester was my last, but we did get to sit in workshop together and strike up a friendship that has lasted since the first day we met. Entice is the third installment in the Need series. Need was followed up by Captivate and now Carrie Jones fans everywhere are thrilled their pre-ordered copies of Entice have shipped.

A bit about Entice, from the publisher:
Zara and Nick are soul-mates - they're meant to be together forever. But that's not quite how things have worked out. For starters, Nick is dead, and has been taken to Valhalla, a mystical resting place for warriors. If they can find the way there, Zara and her friends will try to get him back. But even if they do, Zara has turned pixie - and now she's Astley's queen! Meanwhile, more teenagers go missing as a group of evil pixies devastates the town of Bedford.
Welcome, Carrie. Thanks so for popping into The Writer’s Studio. Now on to the interview…
Name a writer whose work and/or career you admire. And why do you admire them?
I am terribly in platonic writer love with Sherman Alexie. There’s a bunch of reasons why.
1.     He is smart but he came from poor and since I’m from poor too, I always cheer that sort of writer.
2.     He is smart but he is accessible, even his poems.
3.     He’s unafraid to take risks with genre, structure, language, metaphor and probably with luncheon meats.
4.     He is smart, but he is funny and poignant at the same time.
5.     He’ll say what he wants.
6.     He’ll say what you don’t want him to say.
7.     He’s so good with words that he’s even an amazing speaker. Sigh.
Theme can be seen as a dirty word but as writers I believe we all have something to say, something we want to share with the world. What is that something for you?
I want people to be kind to each other, to look past appearance and labels and just love each other. I know! I know! I’m such a hippie throw-back for a police dispatcher, but I mean it. One of my cop friends is constantly yelling at me for believing that everyone has a bit of good in them, but if I don’t believe in that then I can’t believe in anything. So, I think my themes tend to be about kindness and acceptance and facing your fears. Oh! And also giving the middle finger to bigotry. Sorry Mom!
Is there anything that you are afraid/worried/concerned of tackling in your work? Genre-wise? Audience-wise? Topic-wise?
I am very much afraid about writing about strudel-loving hamsters who try to take over the world. Sometimes this fear overwhelms me.
Usually if I am afraid then I write it. Sometimes it’s an awful failure. Sometimes it’s not. I always tell myself that it’s okay to experiment and it’s okay to fail. If I hadn’t told myself, I would never have written NEED and my daughter would be paying her own way through college (soon – not yet) so it pays to face your fears.
Check out the Entice trailer!

How important is voice in your work? How does “voice” come to you?
Because I have no self-esteem at all, sometimes I think voice is the only thing that sustains me. The character’s voice comes to me. I don’t think at all when writing Zara. She’s the main character in the NEED series. It’s all first-person. She’s just there – boom!  And it’s funny because one reviewer said it was easy to see that I just came out of college myself because of Zara’s voice. I didn’t have the heart to tell them that Vermont College was actually for my master’s degree and I was over 30.
I am keen on examining structure. A favorite quote of mine goes something like this: “We only look at a poorly formed story and call it formula. Structure is the art that conceals itself.” How important is structure to you and what are some techniques that help you build a story?
When I wrote NEED, one of the things that I was experimenting in was the actual structure of the story. Now, I take it as a screenwriter does. I think about the pinch and the showdown and the realization. I write in scenes and then put them together instead of writing linearly. It’s slower that way for me, but it makes it stronger, I think.
Fortunately, my editor is very good at structure. That helps.
I once heard Deb Caletti say when asked how her life has changed since becoming a published author that she feels she is living the life she is meant to live. How has your life changed since you became a published author? Has it? What lessons have you learned that you’d care to share since becoming published?
Hmmm. That’s tough, Bethany. I think I’ve lost some of my privacy while at the same time I’ve become more isolated. I’ve lost privacy through social interactions on the internet, but I’ve become more isolated because the physical task of writing is something you tend to do solo, or with your cat.
Lessons I’ve learned?
1.     People will stalk you.
2.     People will say that they love you.
3.     Sometimes people named Anonymous will really hate you.
4.     Writing is about the reader, but it’s also about the story and there’s a hard balance between those things.
5.     Writing is a craft. It’s like playing oboe. The more you do it, the better you get –usually.
6.     Talking smack about other writers is not cool, even if it is James Frey.
Writers love books; we love reading. What book do you turn to over and over again and why do you love it?
Grover’s Guide to Good Manners. That Muppet knows what he wants the reader to do: Be courteous! And everything in that book is geared toward that one goal. Plus, Grover is adorable.
And poetry. I am always reading poems. If I get stuck, I open up a poetry book and look at how that poet is using language, telling stories, showing meaning.
Quickly name 5 favorite stories—could be books or movies even. Do these stories have anything in common with one another? Do they have anything in common with your own work? What comparisons can you make in terms of what matters to you in your own work and what you like to read/experience?
Red Dawn
Harry Potter (all of them)
James and the Giant Peach
Inkheart
A Wrinkle in Time 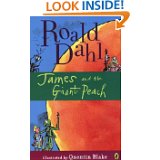 They are all about facing fears and evil, sacrificing yourself for the better good. Oh…. Wow……
Thanks for the epiphany, Bethany, because that’s what my series is about. Plus, when I was a kid I wanted to grow up and be assassinated via a bullet aimed for Bono and then cause world peace because everyone would be so stunned that an eight-year-old sacrificed herself for an old rocker. Yep. I have issues. Now, it seems I just give them to my characters.
If your protagonist and antagonist were competing on American Idol what songs would each sing? And who would have the better voice?
Zara would sing U2. She’d sing Pride in the Name of Love and she’d be God-awful. But she’d rock the leather pants.
One of her many antagonists is Frank also known as Belial also known as an evil pixie and I think he’d sing I’m too Sexy or Bad Romance, and he’d be good. Really good.
Be brave. Share a paragraph from a WIP.
Here you go. It’s a random one and has nothing to do with pixies.
“ . . . Anna. . . Anna . . . Anna,” I half whisper, half grunt your name over and over with every exhalation of my breath, sigh it out as I lift the weights above my head, push your name into the hot sweat air of the gym as I begin another set, curling my fingers around the bar, straightening and contracting my arms: curse and prayer, needing and denial. Anna.  My Anna. Goddamn whore. Goddamn angel.  No offense, but sometimes it seems that I never can decide which. Not your fault. Not your fault at all, I know.
In ode to Maebelle, the main character in my new book Truth with a Capital T, who keeps a book of little known facts about just about everything, please share a wacky piece of trivia that has stuck with you or please share a little known fact about YOU.
There is a strudel recipe in the the Viennese City Library from 1696.
I am not that old.
The world’s biggest sausage was made in Romania and was 392 metres, which is HUGE! It could feed thousands.
I am not that big. I could probably feed five depending on appetites.
HA, Carrie. You are hilarious and insightful as always (not to mention entertaining and ENTICing). Congrats on the new release and know we are all hungrily waiting for book four in the NEED series.
Posted by Bethany Hegedus at 6:30 AM