Readling Like a Writer: Academic January, The Action-Oriented Novel


So here we are, the second week of our Academic January look into Character Desire and Plot. If you missed last week's intro to what we are up to, go here. 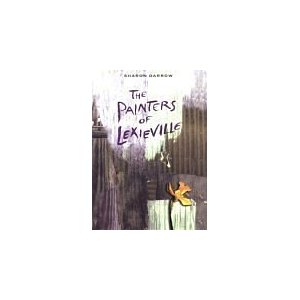 Action-Oriented: The Painters of Lexieville
To review, Weiss's definition of an action-oriented novel is one in which "(t)he protagonists actions
are driving the plot, and her own growth and change are a result of those actions and their consequences” (Pattison 1).  Sharon Darrow’s first novel, The Painters of Lexieville, is an example of this definition at work. In chapters told from alternating viewpoints, Darrow paints a complex portrait of life in Lexieville for her central character Pertrisha Lexie.
In order to begin to unfold, the plot of an action-oriented novel must quickly establish what it is the main character yearns for. Darrow adheres to this notion by depicting Pert’s deepest longing in chapter one. During a self-defense class Pert states: “…there was one thing that set me apart. Now I had that picture in my head of the girl safe inside her boundary lines I planned on getting out” (Darrow 9). This sentence also hints at an obstacle the main character will face. The reader asks himself: Will Pert be challenged by a violent action where her self-defense training will come into play? This is not mere foreshadowing. Darrow is developing the implicit promise of her novel.  In Beginnings, Middles, and Endings, Nancy Kress asserts that the implicit promise is a contract from writer to reader that hints at character, conflict, tone, and setting (7-8).  In conveying the implicit promise, the author leads the reader on a fact-finding mission to discover what the main character is up against. Darrow further shades Pert’s primary desire with this statement:  “I’d shake the dust of Lexieville off my feet as soon as I could, I might even change my name, manage to get away from people who heard ‘Lexie’ and thought they knew all about me and my kin” (14-15).
The reader is now fully aware of Pert’s deep-seated wish to leave Lexieville and make something of herself. The novel’s action will center on Pert’s longing to prove to everyone in her small hometown that she is worthy and capable of being regarded as more than Lexie trash. 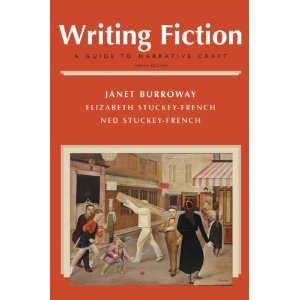 However, the likelihood that Pert will achieve this goal is not high. The Lexie family is poor. They live in a ramshackle shotgun house.  Pert, despite her self-belief, continues to be looked down on by her peers. Darrow draws these details well in her opening chapters. Thus the reader feels a sense of connection with Pert and a growing compassion for her circumstances. In Writing Fiction Burroway states “[the] character’s purpose—that is, the desire that impels her or him to action –will determine our degree of identification and sympathy on one hand, or judgment on the other” (124). As the action of the novel begins to add challenges to Pert’s make-something-of-herself desire, the audience, because of the well-developed implicit promise, roots to see her succeed.
Darrow builds her plot as Burroway suggests, by “deliberately arranging” scenes for their dramatic effect. Pert’s desire to leave Lexieville is challenged time and again. The first occurs when Pert’s no-good uncle Orris tries to take her down a peg. He admonishes: “You think you are too good for your own family? I’m here to tell you, you ain’t nothing, Pert Lexie” (Darrow 17). Soon Orris does more than verbally attack Pert; an action that fulfills the reader’s expectation that Pert will face a physical threat. “He grabbed me from behind and up under my arms and tried to tickle me like in the old days, his fingers jabbing the sides of my breasts, his whiskey-sot breath on my cheek” (Darrow 34).
A struggle ensues, and Pert puts up a decent fight. However, it is the appearance of Truly, Pert’s mother and Orris’s sister, which ends the confrontation. Darrow utilizes the mother’s appearance, not as a way to take the action out of her main character’s hands, but to demonstrate the unreliability of Truly’s viewpoint.
As the story’s action gains momentum, Darrow deepens the sense of impending doom. When Truly rationalizes Orris’s attack as “just playing,” the reader has no doubt that Pert’s mother will be unable to protect her. As the antagonist, Orris’s role is to continually thwart Pert’s efforts to make something of herself and achieve more than others in her family. This dynamic establishes a heroine vs. villain aspect to the action-driven novel; it pits Pert and Orris against one another. 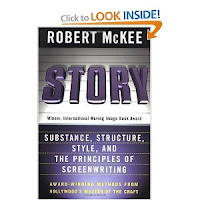 In depicting character desire it is important that not all attempts fall flat. A repeated series of failed attempts would not impart rising action and keep the reader engaged. As a result, Darrow increases the dramatic tension by having Pert make a bold move toward her goal. Pert devises a plan to raise money so she can pay for the beauty school in Little Rock she hopes to attend after high school. Pert accomplishes her first step when she gets herself hired on as a painter for the county. This action brings Pert closer to achieving her ultimate goal, but the solution brings about a bigger problem; it angers her uncle, whose job she has taken. This is an example of a technique Robert McKee describes in Story, “In story, we concentrate on the moment…in which a character takes an action expecting a useful reaction from his world, but instead the effect of his action is to provoke forces of antagonism” (144).
The repercussions of Pert’s actions allow a problem-solution-new-problem-pattern to emerge. The new problem, and the one which all subsequent problems in the novel hinge upon, is Orris’s violent reaction to Pert’s replacing him as a county painter. Thereafter Orris’s attempts to hurt Pert increase. After one such brutal attack, Pert’s brother Jobe asks,
“Pert, what in the world is going on?”
“You know Orris,” I said, and tears choked me.
“Tell me what happened.” His cheeks were thinner and more sunken than usual.
This was Jobe mad, really mad.
“He’s been after me.”
Jobe jumped up. “I’m going to kill him.” (Darrow 77)
Pert calms her brother and convinces him if they tell their aunt that Orris will stop trying to harm her. This angers Orris even more and Pert is placed in jeopardy yet again. This time it is Jobe who comes to Pert’s rescue. Now that Jobe has witnessed Orris attacking his sister, he carries out his earlier threat and beats Orris. Jobe buries him under a pile of leaves and leaves him for dead. This action is a point-of-no return for Pert and her family.
At this crucial point in the novel, the actions and repercussions of the story events must affect all three of Darrow’s viewpoint characters: Pert, her mother, and her brother. Orris’s last attack leads to a chain-of-events that unravels the Lexies’s world rather quickly. To get revenge for the attempted rape, Truly cooks Orris a pot of dumplings laced with rat poison. However, when Jobe unwittingly eats some, Truly shovels the remainder in her mouth and dies. Pert believes her mother must have thought Orris alive to cook the poisoned dumplings, and she fears he is still a threat to her safety. Jobe, under the impression he has killed his uncle, seeks forgiveness from God. These events, all linked to one another, demonstrate how action-packed Darrow’s novel is. Subsequently, a subplot develops in which Jobe seeks redemption by handling snakes in a backwoods church, but where does this leave Pert and her plan to leave Lexieville?
Darrow does not forget Pert’s deep-seated desire. In fact, these events all add to the tension surrounding Pert’s plans to leave Lexieville. With her uncle believed to be dead, the main obstacle that now stands in Pert’s way is her desire to keep her family from additional harm. Pert blames herself for setting off her uncle’s violent streak and frets over her brother’s snake handling, a dangerous and possibly deadly pastime. In an effort to change her brother’s fate, Pert sacrifices her plans to leave Lexieville. She realizes, “I had to save Jobe. I had to go into Vernal and face Mrs. Turnball and tell her I wasn’t going to Little Rock” (Darrow 151). Darrow’s depiction of Pert as someone willing to sacrifice her dreams to ensure her brother’s safety demonstrates how wrong Orris was about Pert and how deeply she cares for her family. Despite Pert’s change-of-heart, the reader continues to hope Pert will be able to forge a new life for herself.
This new obstacle— Pert’s longing to save her brother— is not resolved until the climax. Pert tries and fails several times to accomplish this task. Each attempt increases in difficulty. First, Pert tries to talk Jobe out of his snake handling. Second, she frees the snakes from their hiding place. Third, she heads to the one place she believes Orris, if alive, could be hiding to prove to Jobe he does not need redemption. In the abandoned cave Pert finds Orris. In facing her antagonist, she regains her power by seeing he is incapable of harming her. This action also saves her brother from certain death by snake handling. Finally, Pert has no external obstacles to block her from her goal.
However, Darrow maintains the suspense until the denouement when Lexie leaves for Little Rock. Here Jobe notes, “And Pert’s face—well, she looks ready for anything” (Darrow 182). With that final line, Pert leaves Lexieville. This ending exemplifies Noah Lukeman’s thoughts about conflict in The Plot Thickens: 8 Ways to Bring Fiction to Life: “Conflict doesn’t come in the oppressing or being oppressed—it comes in the struggle to break free” (153).  In a novel built on the struggle to break free, Darrow does a fine job of depicting a protagonist whose actions and reactions drive the plot.
Come back next Monday where we discuss the character-driven work!
Posted by Bethany Hegedus at 6:30 AM