Inside the Writer's Studio with Rhonda Hayter

Today at Inside the Writer’s Studio we welcome the magical Rhonda Hayter to our midst. Rhonda is the author of The Witchy Worries of Abbie Adams (Dial, 2010) which is about to be released in paperback. Rhonda may live in Hollywood but her heart is with Abbie, inquisitive and open to other realms. Both she and Abbie realize the stray cat brought into Abbie’s life is none other than great inventor Thomas Edison. Ha!
Here’s a bit more about the book: 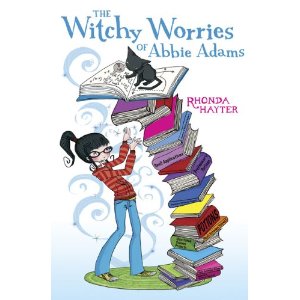 Abbie Adams is a witch. She can't tell anyone, even her best friend, Callie, who notices Abbie acting strange. Instead she uses memory-erasing spells to keep things under control. Abbie hopes for some normalcy when her father brings home a kitten, but when Abbie looks into its eyes, she sees a trapped boy. Now Abbie needs her magic more than ever. Saving him becomes even more important when her family realizes the kitten is actually the young Thomas Edison. The world will be a much different place if they can't return him to create his famous inventions!
"Whether facing familiar issues or fantastical ones, Abbie is an appealing, peppy protagonist." -Booklist
Thank you Rhonda for being with us, but if another great inventor wanders into the room in the form of a beloved family pet, feel free to dart away. We don’t want life as we know it to come to a halt because you are with us here today. Now on to the interview…
Is there a story behind The Witchy Worries of Abbie Adams that you wish to share? (Ie: the ah-ha or lightning moment where the story inspiration struck) 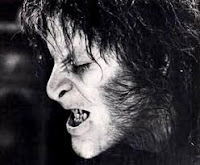 When my youngest was young, he was always a darling, lovely, well-behaved child.... except when he wasn’t.  He had shall we say, a little problem processing big feelings and he’d have horrible tantrums that went on and on. In the midst of one of them one day, I sweatily turned to my husband and said, “My God.  It’s like he turns into a werewolf.”  And that gave me the idea for a little boy who really did turn into a werewolf when he got upset. Then I wondered what it might be like being a big sister to a boy like that and eventually, the whole magical family in The Witchy Worries grew out of that moment.
If you had a writing mentor or teacher, in what way (s) did he or she keep you inspired during your apprenticeship?
I’d always written but never, never finished anything because my internal critic always convinced me that it wasn’t worth continuing.  Sometimes I think the more you read, the nastier your critic gets because you’re always comparing yourself unfavorably to writers you admire. But when my kids got old enough to leave me five minutes to myself, I finally took a creative writing class at UCLA Extension.  It was run by this great husband and wife team, Harry Youtt and Judith Prager and the whole focus of the class was on telling you how wonderful your writing was.  Everybody would read their stuff out loud, and Judith and Harry would point out what was unique and original and interesting about it...and the thing is, it was all true.  Even the writing that wasn’t particularly good always had something about it worthy of praise and certainly what it was saying couldn’t have been said in that particular way by anyone else.  Then, the whole class would make comment but they would only remark on stuff that moved them or was interesting in some way. There wasn’t one negative or critical word...and it freed me up in a way I hadn’t imagined possible. Killed my critic dead, dead, dead.  Even now, if I show any part of something that’s in progress to anyone, I give them strict orders that they can only tell me it’s absolutely brilliant.  Once it’s all done, I’m able to accept criticism, but not while I’m trying to make it up for the first time.  I urgently recommend this technique to anyone with a talkative inner critic. My husband has developed a thousand and one ways to tell me I’m an utter genius and irreplaceable gift to the literary community.
How important is community in keeping you inspired? What authors are a part of your virtual and/or hometown community? How do they keep you inspired? How do you inspire them?
I’m a very proud member of the Classof2k10. We’re an on-line community of debut authors in Middle-Grade and YA and we pooled resources, nursed each others wounds, cheered each other
on, met up at various functions like BEA and enjoyed great fellowship.  It was one of the loveliest parts of the whole year.
What were some of the challenges you encountered when working on this novel/picture book? How did you overcome those challenges?
After I took Judith and Harry’s class, The Witchy Worries just came pounding out of my keyboard without pause...until about two-thirds of the way through. Then, I realized I’d painted myself into about fourteen different corners and had no idea how to get out.   I had to sit down, brainstorm and outline before I was able to finish the book.
Speak a bit about the importance of dialog? How important is it in your work and how do you craft realistic dialog? 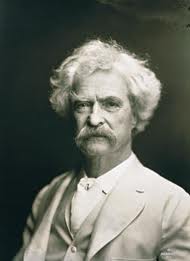 In the beginning, I had almost no dialogue. The book was a kind of stream-of-consciousness thing from an eleven-year old narrator.  She was very well developed but she was the only character who was.  After I showed my manuscript to a terrific writer named Betsy Haynes, I found out that there are certain rules for middle-grade and one of them is lots and lots of dialogue.  Then I discovered a great thing. Once I started writing dialogue and gave the other characters their own voices, they all came to life.  I don’t think in terms of crafting the dialogue specifically, the work is in understanding the character and his or her needs. Once you’ve got that down, they really start speaking for themselves.  The only one I really had to pay attention to was a character in the book who visits from the mid-nineteenth century. I looked to Mark Twain for the kind of idioms he might use. Everybody else just chattered away with not much help from me.
Which character of yours do you hope your readers most relate to? And why?
Well it’s Abbie of course, and kids have written me the most wonderful observations about her.  One little girl said she liked that Abbie didn’t hate her little brother, even though he was kind of a pain. She said she was sick of characters in books hating their brothers.  Somebody else wrote that they liked Abbie because she doesn’t always manage do the right thing.  I love hearing the echoes of their own lives as they tell me how they experienced Abbie.
In ode to Maebelle, the main character in my new book Truth with a Capital T, who keeps a book of little known facts about just about everything, please share a wacky piece of trivia that has stuck with you or please share a little known fact about YOU.
I can’t resist this because I just came across it yesterday while researching something. Did you know up to 9% of sheep are gay?
Ha! Thanks Rhonda. I think that is a fact Maebelle would definitely want to know.  Congrats on The Witchy Worries of Abbie Adams being released in paperback on April 14th! In honor of the paperback release, everyone enjoy the book trailer.
Posted by Bethany Hegedus at 5:37 AM