The first two weeks of April we have been discussing personal stakes and ultimate stakes which has led us to what Donald Maas in Writing the Breakout Novel Workbook calls the irrevocable commitment—the moment of no turning back.

Let’s go back to look at Betti on the Highwire by Lisa Railsback. Refugees Betti and George are attending their first 4th of July celebration with their adopted families. Everyone is joyous, relaxed, and having fun at the typical 4th of July celebration, but no one has warned Betti or George about fireworks.  Railsback writes:
Maybe the Buckworths, and the rest of the Americans, didn’t know about the BOOMS. All of them were very busy pointing at the sky. “Ooooooo,” they cooed. “Ahhhhhhh! Ohhhhhhh!” Some rose to their feet and a few Melons in the audience were actually clapping.
Auntie Moo said there is no way in America, but sometimes war comes out of nowhere. Sometimes it comes for no good reason at all. A people disaster.
George peeked up from the ground. “Babo?” His eyes were scared and sparkly and wet. We looked at each other and nodded. We didn’t have to say a single word.
I grabbed his hand and we shot up from the blanket and…
We ran like crazy (258). 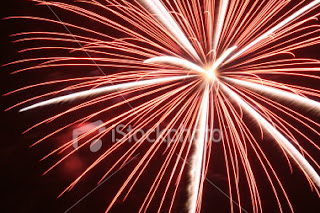 One does not think of the “irrevocable moment” in the novel as a running away. But for George and Betti (known as Babo in her native country) disaster can strike at any moment. War has come to them—in the form of booms and sky explosions and together they run to safety.
This works and works well not just because of the juxtaposition of what the child reader knows about the 4th of July but because of the juxtaposition of what usually happens near the climax—the main character charging ahead. Here when Betti and George retreat, their adopted families know in a very different way than they have known before of the internal scars and survival skills Betti and George have. Also, this irrevocable moment, Betti and George hiding in a port-a-potty on the 4th is followed by another. Once hidden will Betti and George come out? Will they try to save their adopted families? Will they learn that not all men with black boots are soldiers? One reads on to find out.
Take Away:
Where and when is your main character’s irrevocable moment? Is it expected by the reader? Is it the opposite of what the reader thinks will happen? Why or why not?
Posted by Bethany Hegedus at 4:30 AM

Email ThisBlogThis!Share to TwitterShare to FacebookShare to Pinterest
Labels: Betti on the highwire, irrevocable moment, lisa railsback, reading like a writer, writing the breakout novel workbook