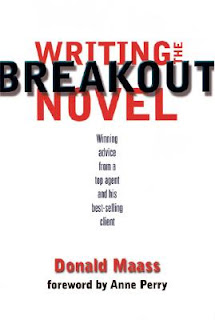 Last Monday we discussed creating personal stakes for our main characters with insights ala Donald Maas and his Writing the Breakout Novel Workbook. This week we are going to discuss ultimate stakes.
Maas writes:
When life tests us to the utmost, our motives grow exponentially greater.  Our deepest convictions rise to the surface. We care still more. We become more determined than ever to make a difference, to persist, to overcome all problems and obstacles. At the ultimate testing we summon our deepest beliefs and nothing, nothing will stop us  (50). 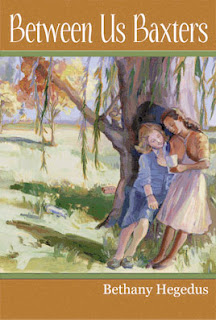 Looking at Polly, my main character in Between Us Baxters, she faces the ultimate stakes as the novel nears its climax. Polly who has worried her father may be involved in the rash of racial fires that is taking place in Holcolm County and who now has a strained friendship to say the least with her childhood best friend Timbre Anne needs to decide whether or not to warn her friend about the suspicions she has against her father. The personal stakes for Polly—to tell her friend or not—to believe the worst of her father or not—are at hand.  Polly who has gone to Timbre Ann’s school to warn her is waylaid…
I scraped the bark of the tree. Peeled it off like a scab. “But sisters make up. They fight but they make up.”
“Don’t, Polly.” She took my hand. Stopped me from hurting the tree. “I wish there was a way, but there’s no making up for this.” She sighed, taking in the sight of our day-and-night covered hands. “It’s how we were born.” She sounded as old as Henri. Older, even.
I swallowed deep. I didn’t want Timbre Ann to teach me anymore. Not about how or why we couldn’t be friends.
She dropped my hand. She went to Peter and took his. The leaves crunched as they walked away, same as they had crunched when I climbed out my window last night. Tarnation! I had meant to warn her. Tell her what I knew, even if it got Daddy in trouble.
“Timbre Ann,” I called, but what came out wasn’t about those fires. “I won. I won the spelling bee. The first one of the year.”
They’d gotten as far as the school yard. Peter kept walking but Timbre Ann turned around. She didn’t hoot. She didn’t holler, but a soft smile crept across her face. Before she could help it, it grew as wide as it would have if Henri had set down a piece of her coconut cake before her. It was plenty enough praise for me” (261).
Maas states above that nothing, nothing should stop our main character. But Polly gets stopped. She is hurt and upset about her fractured friendship with Timbre Ann—which is of her own making, and Timbre Ann’s—but is also inevitable as society is pulling the two apart. Because of Polly’s failure here to act to warn her friend the stakes still rise. What will Polly do now? How does she feel about her failure? How does getting Timbre Ann’s approval at the end of the scene shape her? And what about Daddy—his ultimate stakes are yet to come.
Take Away: Can you pinpoint the ultimate stakes in your manuscript? What is happening? Does your main character succeed in letting nothing stop him/her? Or is there another hurdle, like there is for Polly, and more yet to come.
Posted by Bethany Hegedus at 4:30 AM

Email ThisBlogThis!Share to TwitterShare to FacebookShare to Pinterest
Labels: Between Us Baxters, character, plot, Reading like a writer, ultimate stakes, Writing the Breakout novel