Ah, I am hard at work on the winter issue of Hunger Mountain. January may be over but there is much more winter to come. The east coast keeps getting pounded by blizzards and here in Austin we are supposed to take a dip from our 70's flip-flop wearing to a brutally cold 18 degrees by tonight. (Serves us right--flaunting our toes the way we have been.) 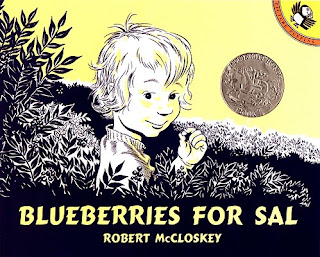 There is much to love in the coming issue. The special feature on Passion for the Picture Book is loaded with many ah-ha, lovely thought provoking images and sentiments on why the picture book will never be replaced. We have librarians, agents, editors, and award winning authors and illustrators contributing. A few of the classics get mentioned by more than one contributor--Blueberries for Sal anyone?


And, this last week has brought in two essays by writers I admire. Ann Angel, the author of Janis Joplin: Rise Up Singing writes a piece about finding the teen voice for her YA biography. Here are the opening paragraphs (with Ann's permission):

Janis Joplin, Readers and Me
Although I have said that the first time I heard Janis Joplin sing I was blown away by the power of her voice, in all honesty, I’m not sure I really remember that first time. When I look back, it’s as though one minute I was a disconnected teen hating how everyone in my world seemed to be in the groove but me; the next moment, I was listening to this kindred spirit whose amazing voice filled my soul with hope as she sang, “Take Another little piece of my heart now, ba-ya-by.” 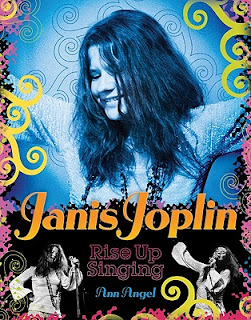 She was so beautiful and powerful to me! She filled my very being with her music so that I believed I could be beautiful and powerful like that – well, maybe not the voice. No, I definitely did not have the voice. But I could draw and write. Much to my mother’s horror, I had recently painted giant yellow buttercups and orange daisies on my bedroom wall and then taken a brush filled with the same orange paint to my French provincial bedroom set. I had also recently made my older sister cry when I’d read her a story I had written about a girl waiting for her boyfriend to come home from war. Surely I could mirror Janis’s powerful voice with my own talents.

And, from Brian Yansky a wry, witty piece about finding the serious sci-fi futuristic novel writer inside. Here is a sneak peak into his piece:

How I Found Myself as a Writer and Why It Took So Long
Something else that I thought a “Serious” writer should do was craft a quiet novel about the small and everyday events of life. Somehow, probably because of my deep and insightful revelations, these stories would rise above their placid settings and uneventful plots. Now, there are many great novels that do just this. They are about ordinary lives in ordinary situations, and through the power of language and insight they rise above their ordinariness into something extraordinary.
I wanted to do that.
But I couldn’t.
I think my narrow ideas about what literary fiction had to be slowed my development as a writer. I don’t think I was wrong to try writing something that I loved to read, but I loved to read other types of novels, too, such as comic novels, fantastic novels, and science fiction. And yet I kept focusing on this kind of quiet, realistic, serious story because I thought it was what a literary writer should want to write.

Another wrong idea I had about “Serious” literary fiction was that it had to be serious; it should use humor in small doses as comic relief to lighten, here and there, the dark struggle of the characters. Now, of course, I know that’s ridiculous, but we get certain ideas about what we should be doing as writers and they’re difficult to escape. They hold us, like dreams, creating their own sets of rules that we feel compelled to follow. In fact, not following them seems like giving in, selling out, failing. I held onto the idea that real literary fiction was serious for too long.

And, then in fiction we have the Katherine Paterson Prize winning pieces and this gem of a picture book (what is an issue dedicated to the Passion of the Picture Book without a picture book manuscript to highlight?) A Real Best Friend by Linnea Heaney, which covers familiar picture book territory--of a  young girl needing a real best friend instead of an imaginary one but the 1950's small town setting and idyllic language and quaintness of the manuscript is what drew me to what I hope one day will be a beautiful, beautiful book.

Here is a lovely look into the author's note:


Author’s Note: The Real Back Story
Writers and artists often have imaginary friends when they are very young children. When I was about four years of age, I did. I grew up in the 1950’s in the small town of Indiana, Pennsylvania and that is where this story comes from. 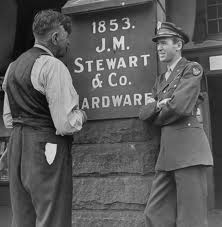 Indiana, Pennsylvania was also the hometown of actor James Stewart (1908-1997). The landmark J. M. Stewart & Co. hardware store, built after the first family store burned down in 1927, carried Jimmy’s grandfather’s name. Alex Stewart, Jimmy’s father, was proud of his son and kept movie and personal memorabilia at his hardware store. For many years, the storefront window display included the Academy Award for Best Actor, which Jimmy Stewart won for The Philadelphia Story (1940).
As a young child, Alex Stewart gave me pennies for the gum ball machine in the magical hardware store. My early memories are intertwined with family stories, including how my Flexible Flyer sled was from the Stewart hardware.
The Indiana Free Library still stands and the Jimmy Stewart Museum is located on the third floor of the building. Across the street, the hardware store has been gone since 1969. A statue of Jimmy Stewart is in front of the nearby county courthouse. Further down Philadelphia Street, past the shoe stop site, is the old county courthouse, best remembered as the backdrop for the Life magazine cover of Colonel Jimmy Stewart returning home from World War II.
Small town America remains alive. No matter how far we travel, imagination, friendship, and home remain important in our stories and to writers and readers of all ages. And some of us begin with just an imaginary friend.
It truly is going to be an amazing issue.(All these pieces and MORE.) So heat up some water for a spot of tea and curl up with your virtual literary journal--come mid-February!

Posted by Bethany Hegedus at 4:50 AM