Inside the Writer's Studio with Angie Smibert

Welcome to Wednesday—which means it is time for another edition of Inside the Writer’s Studio. Today we have with us author Angie Smibert to talk about her debut novel, Memento Nora. Momento Nora has been named a Junior Library Guild Selection for 2011 and has been nominated for YALSA’s 2012 Best Fiction for Young Adults list. Angie’s second novel The Forgetting Curve will release in Spring, ’12. For weekly thoughts from Angie,  please go visit the LEAGUE OF EXTRAORDINARY WRITERS where she blogs every Thursday.

A bit about the book…
From the Publisher (Marshall Cavendish) 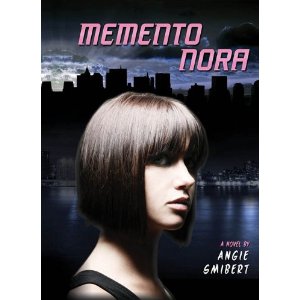 In the future, it doesn't pay to remember.

In Nora's world you don't have to put up with nightmares. Nora goes with her mother to TFC--a Therapeutic Forgetting Clinic. There, she can describe her horrible memory and take the pill that will erase it. But at TFC, a chance encounter with a mysterious guy changes Nora's life. She doesn't take the pill. And when Nora learns the memory her mother has chosen to forget, she realizes that someone needs to remember. With newfound friends Micah and Winter, Nora makes a comic book of their memories called Memento. It's an instant hit, but it sets off a dangerous chain of events. Will Nora, Micah, and Winter be forced to take the Big Pill that will erase their memories forever?

Angie Smibert's remarkable debut novel takes readers on a thrilling ride through shadowy world where corporations secretly rule--and wish you'd just keep shopping.
The Reviews for Memento Nora are in!
... fuses the politically charged projections of Anderson's Feed and Doctorow's Little Brother with the breathtakingly personal implications of selective amnesia... --The Bulletin of the Center for Children's Books

...the themes of inquiry and fighting back will resonate with young and old. --School Library Journal
Welcome, Angie. Thanks for being with us today.
Is there a story behind Momento Nora that you wish to share? (Ie: the ah-ha or lightning moment where the story inspiration struck) 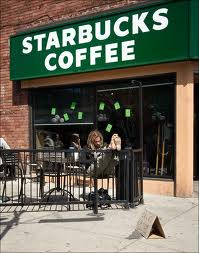 Inspiration struck while I was reading an article about a possible treatment for post traumatic stress disorder (PTSD). The scientists were testing certain medications that might lessen the grip traumatic memories have on sufferers. I had a vision of a TCBY / Starbucks kind of place on every corner that dispensed a pill that actually erased bad memories—and gave you reward points every time you did it.
How do you stay inspired to face the dreaded blank page? Is it something you dread? Look forward to? Share a bit about your writing process.
Once I have the idea (or get stuck), I ask myself questions and work from there. In the case of Memento Nora, I asked what kind of society would have one these Starbuck-y memory places?  What effect would it have on everyone? Who would be the least likely hero to step forward? Usually, each question raised more questions. I scribble the answers on little notepads all over my desk, and then eventually I’m ready to write the scene (or whatever I’m working on.)
Is there a favorite quote you turn to when the rejection blues get to you?
“You must keep sending work out; you must never let a manuscript do nothing but eat its head off in a drawer. You send that work out again and again, while you're working on another one. If you have talent, you will receive some measure of success - but only if you persist.” - Isaac Asimov


How important is voice in your work? How does “voice” come to you?
Voice is essential to Memento Nora. I have three very different point of view characters with distinct voices. However, it’s one of those things that I’m not sure that I could explain how to accomplish. I think you have to understand your character well enough that the voice comes to you. You know how the character thinks and the language he/she uses. Reading everything aloud helps tremendously in keeping the voice(s) consistent.
How does “place” come through in your writing? How important is place in this current novel/picture book? Is it tied to a place you once lived or are familiar with or is it a new world entirely?
Memento Nora is set in a fictional city (Hamilton) in the near future, but the place—and particularly the individual places within the city—are loosely based on where I live now.  For instance, one of the main characters lives in a homeless village constructed in a salvage yard. That place—Black Dog Village—was inspired by a homeless village (Umoja Village) built in Miami a few years ago and an architectural salvage place near my house.
Writers love books; we love reading. What book do you turn to over and over again and why do you love it? 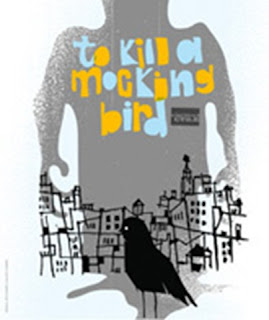 To Kill a Mockingbird is one of my favorite books—and movies. I have re-read the book a few times, but the movie I can watch again and again. Harper Lee gave Scout such a marvelous voice and unabashed innocence and curiosity.  I love that strength of character in a girl. And, I love the scene where Scout diffuses the mob by asking Mr. Cunningham how his entailment is coming along. In one simple question (and a little prodding), Scout humanizes the lynch mob.  Genius.
Inspired by the Actor’s Studio, what sound do you love? What sound do you hate?
I love sound of the ocean. I hate telephones ringing.
Be brave. Share a paragraph from a WIP.
The glossy bit of code was as smooth as glass, with no place to grab onto, no hidden doors for me to rattle open. It was a hard nugget of self-defending, self-replicating gorgeousness. Mom thought it would keep me busy on the flight. Her bank thought it was the next wave in encryption: security in a tiny little package.
Security isn’t about code, though. It’s about trust.
With a few clicks, I logged into the bank’s database of employees and located a likely target. Two calls, one message, and a little digital dumpster diving later, I’d convinced one of the software marketing team members to divulge his password to the project source code.
Most people trust a call from their own tech support.
There’s no security patch for bugs in the human part of the System. We’re hardwired to trust. Social Engineering 101.
In ode to Maebelle, the main character in my new book Truth with a Capital T, who keeps a book of little known facts about just about everything, please share a wacky piece of trivia that has stuck with you or please share a little known fact about YOU.
The Vehicle Assembly Building at NASA’s Kennedy Space Center can hold 3.75 Empire State Buildings.  And, each stripe of the American flag painted on the side of the building is as wide as tour bus. (I used to work at KSC!)
Thanks Angie for being with us today and sharing about Momento Nora! And, take it from me folks, she worked at Kennedy Space Center—she knows of what she speaks!

And for teachers and teens--hop on over to Curious City and see info about The Momento Nora  Project. It's awesome!
Posted by Bethany Hegedus at 4:30 AM